The settlement of Jews in Rhodes is mentioned for the first time in the Book of Maccabees and it dates back to the 2nd century B.C. Proof of the Jewish presence in Rhodes has remained immutable for many centuries. The narrow, arched, paved medieval alleys of the “Juderia” (Jewish) quarter bear until today Jewish symbols. The historian Josephus also mentions the Jews of the island in the 1st century A.D. Later historic texts confirm their presence during the 12th century. In 1116, the Spanish traveller Rabbi Benjamin of Tudela visited the island and wrote in his “Itinerary” that he found 400 to 500 Jews living there. This number increased significantly when, in 1280, Jews from Aragon joined them.

An Italian Rabbi traveller, who visited Rhodes in 1467, quoted in his letter still preserved in Florence: “I have never encountered a Jewish Community in which everyone, from the eldest to the youngest, is so intelligent they have long hair and look like princes. The Knights of Hospitalers of Rhodes visit the Jewish homes regularly in order to admire the beautiful embroideries.”

The Jews of Rhodes were also known to have been ardent defenders of the city against the Turks in 1480. After the Turkish attack against the island, only 22 Jewish families survived. In spite of their fear of Turkish attacks, they managed to stand strong and continue with their lives. In the 16th century many Jews were expelled from Rhodes after a resolution passed by the Council of the Knights. A little later new Jewish families arrived from Thessaloniki, and as a result, Rhodes became a significant Sephardic center. Thanks to the establishment of many Synagogues and Rabbinical Schools and to the flourishing commerce during the four centuries that followed, the Jewish Community gained a special position. Wealthy textile and silk merchants co-existed with gunsmiths, craftsmen, bookbinders and weavers.

As of 1888 the educational program of the Alliance Israelite Universelle School began to operate thanks to the donations of Edmond Rothchild. The boys and the girls school started functioning in 1901 and 1902. The school was destroyed in the bombings of 1943.

The Jews of Rhodes lived in two quarters, had two Synagogues and the travelers who were visiting the island talked about their piousness and their concern with theological issues.

In 1941 there were about 1,800 Jews living in Rhodes. They had four Synagogues. The “Shalom” Synagogue, on the junction of Dosiadou and Simiou Streets, as well as the ancient Jewish cemetery, survived World War II. The Synagogue was originally built in the 12th century, was destroyed during the war between the Turks and the Knights and was rebuilt in the end of the 15th century. 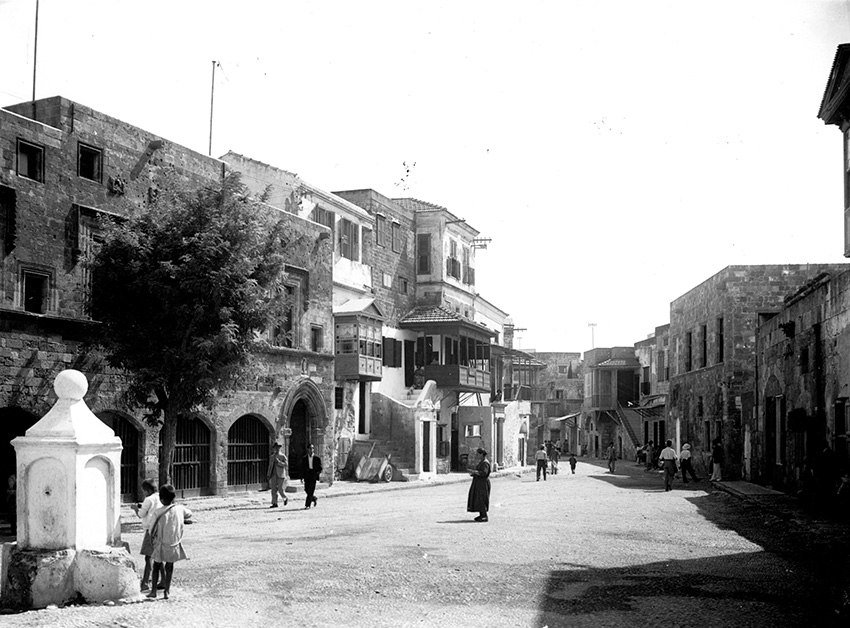