On this vast, slightly sloping land, beginning at Koskinou Gate at “La Puerta de la Sivdad”, and reaching the back of the Tower of Italy beyond the fortifications, the Jews of Rhodes have been buried for hundreds of years.

It wasn’t until 1938 that De Vecchi decided to set up public gardens in the area.

To counterbalance this outrage, the Italian authorities gave the Jewish community a new territory next to the Muslim cemetery that lies all the way to Kallithea. Some thousands of tombs, mainly those of families with financial means, were moved from the old cemetery to the new, often with the help of relatives who had migrated abroad.

The oldest of these memorials date back to 1870 are located south of the main cemetery path. Around 18 graves containing relics of Rabbis that served in Rhodes. Their tombs have therefore been moved and rebuilt at the expense of the community. The rest of the tombs, that their families did not have the means to transfer themselves, were destroyed by the Italians and   are   buried in two cenotaphs. As for the tombstones, after the Italians removed about 100 of the most impressive to decorate the governor’s palace, the rest were moved and scattered to the new cemetery. However, due to their heavy weight and bad weather, they gradually sank into the ground until they disappeared.

Today, with the interest and empowerment of   American Jews descendants from Rhodes, many of these tombstones    have been excavated and fully disclosed. Some of them are of great interest in the particular form and inscriptions they display. The oldest tombstones date from the mid-17th century. The north side of the cemetery contains approximately 150 graves containing the remains of those who died in 1938 and later, as well as those of victims of World War II air raids. In this section there is a Holocaust Memorial erected by the Community in 1949   listing the names of the families deported from Rhodes. A memorial dedicated to the illegal Jewish immigrants who died in Rhodes while fleeing Nazi-Europe on board “The Pentcho” en route to Palestine (1940-1942). Located in the Jewish Cemetery of Rhodes

The original location of the Jewish Cemetery 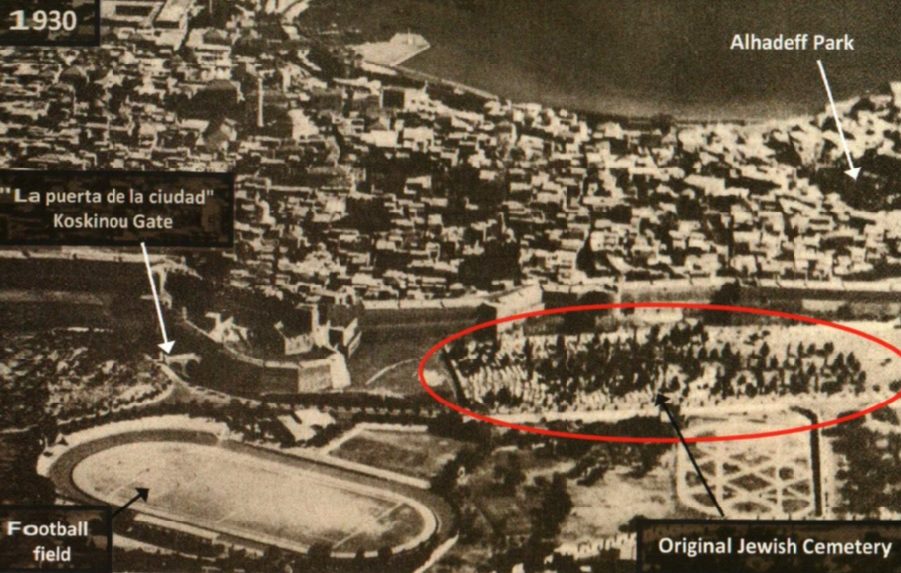 Layout of the Cemetery 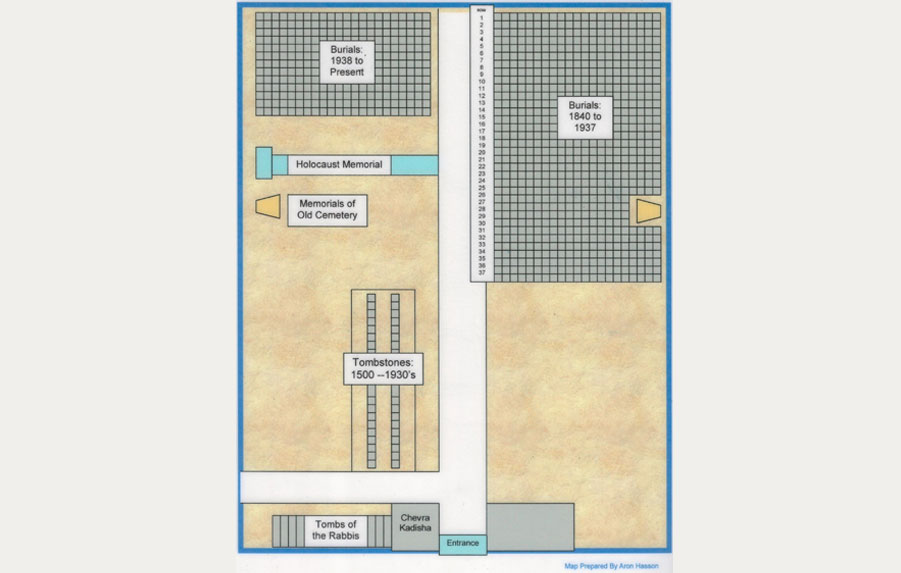 Aerial view of the cemetery today

The location of the Jewish Cemetery

Address: Rodou – Kallitheas Avenue (between the catholic and the Muslim cemetery)

Tree planting project for the Cemetery in Rhodes

Planting a tree is a meaningful and traditional way in the Jewish faith to honor the memory of departed loved ones and honor them.