The Museum was established in October 1997, in the first two rooms of the former women’s prayer rooms of the Kahal Shalom Synagogue.

Founder of the Museum is Aron Hasson, a lawyer and a third generation Rhodian from Los Angeles who noticed the lack of awareness about the unique history of the Jewish community.

It started as an exhibition of photographic material that was collected from Rhodian Jews of Diaspora, documenting prewar Jewish life on Rhodes.

Gradually, with   the motivation and the economic contribution of the Community and individual donors, the Museum expanded to all the rooms of the ex-women’s section.

Since June 2002 with the cooperation of the Jewish Museum of Greece,   a permanent panel exhibition was put on display. More renovations followed.  In 2006 the Museum reopened with more informative panels and artifacts in display.

The artifacts have been donated to the Museum by diaspora Rhodians, such as Judaica artifacts, historical documents, religious books, costumes and domestic textiles.

Today, the Museum is under the auspices of the Jewish Community of Rhodes.

In 2018, the German Embassy of Athens approved a grant fund to the Jewish Museum of Rhodes. The purpose of the grant was, to sponsor the creation of a mobile phone application that will offer our visitors, an audio-visual tour of the synagogue and the Museum. The project was completed at the end of 2019. From 2020 our visitors are able to use it on android and iPhones.

In November 2019 we became members of the Association of European Jewish Museums (AEJM). We hope that our accession will benefit us in the future in terms of support, exhibit preservation, and museum presentation, given the fact that they have the know-how and will be able to join European programs.

Our museum wishes to stimulate and strengthen   public appreciation, knowledge and understanding of Jewish culture, heritage and history, not only to the wider public but mainly to the youngsters.

During the off season, tours of the synagogue and museum are offered to   local students. Presentations are   organized   on the Holocaust and Judaism.   We   support   teaching of the Holocaust in local schools,   providing   information, related   documentaries and giving   access to our library.

We are   open for visits daily from April until October, providing also tours of the Synagogue, the Museum and the Jewish quarter.

For the rest of the year, an appointment is needed for a visit. The museum and the synagogue are being visited by more than 20,000 visitors every year.

The Jewish Museum of Rhodes is located next to the Synagogue «Kahal Shalom» in the same complex.

*For the remaining period an appointment is required 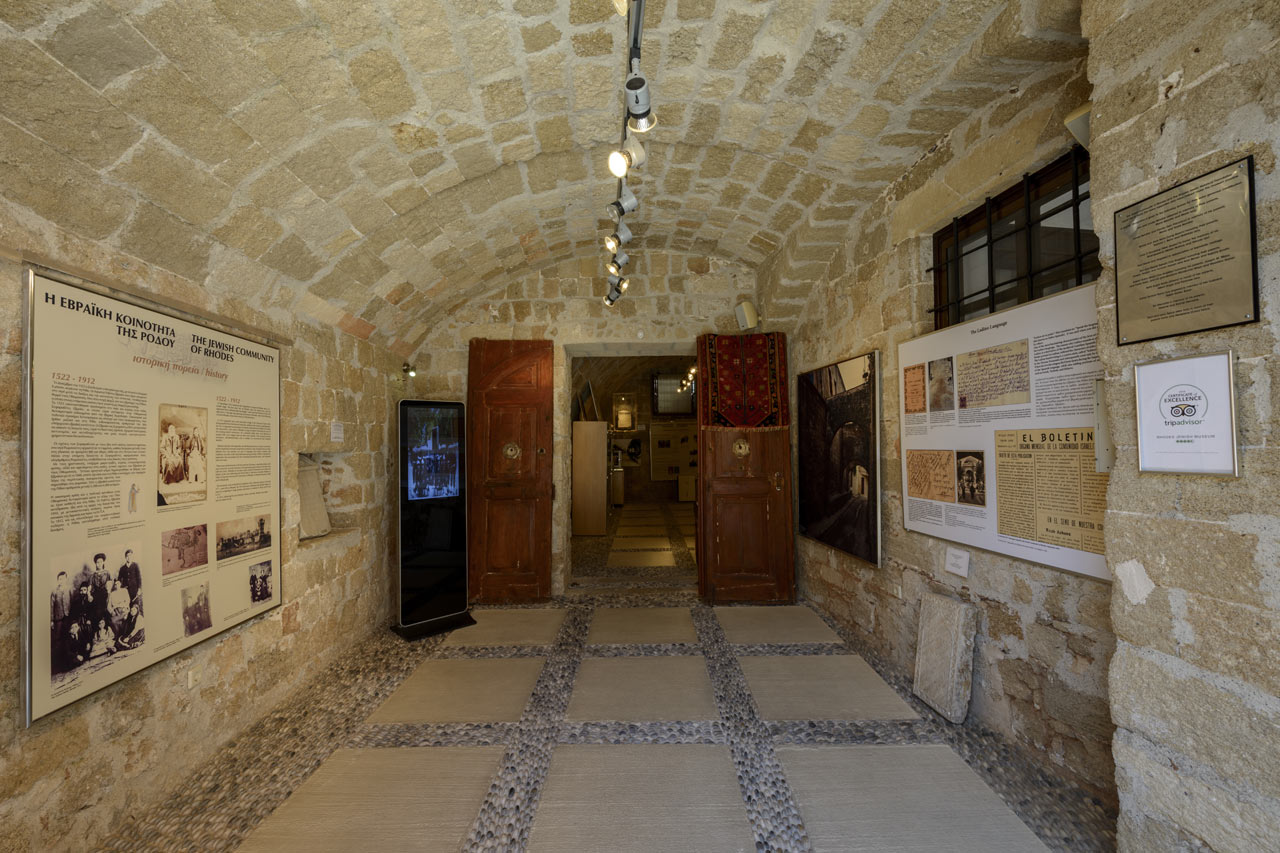 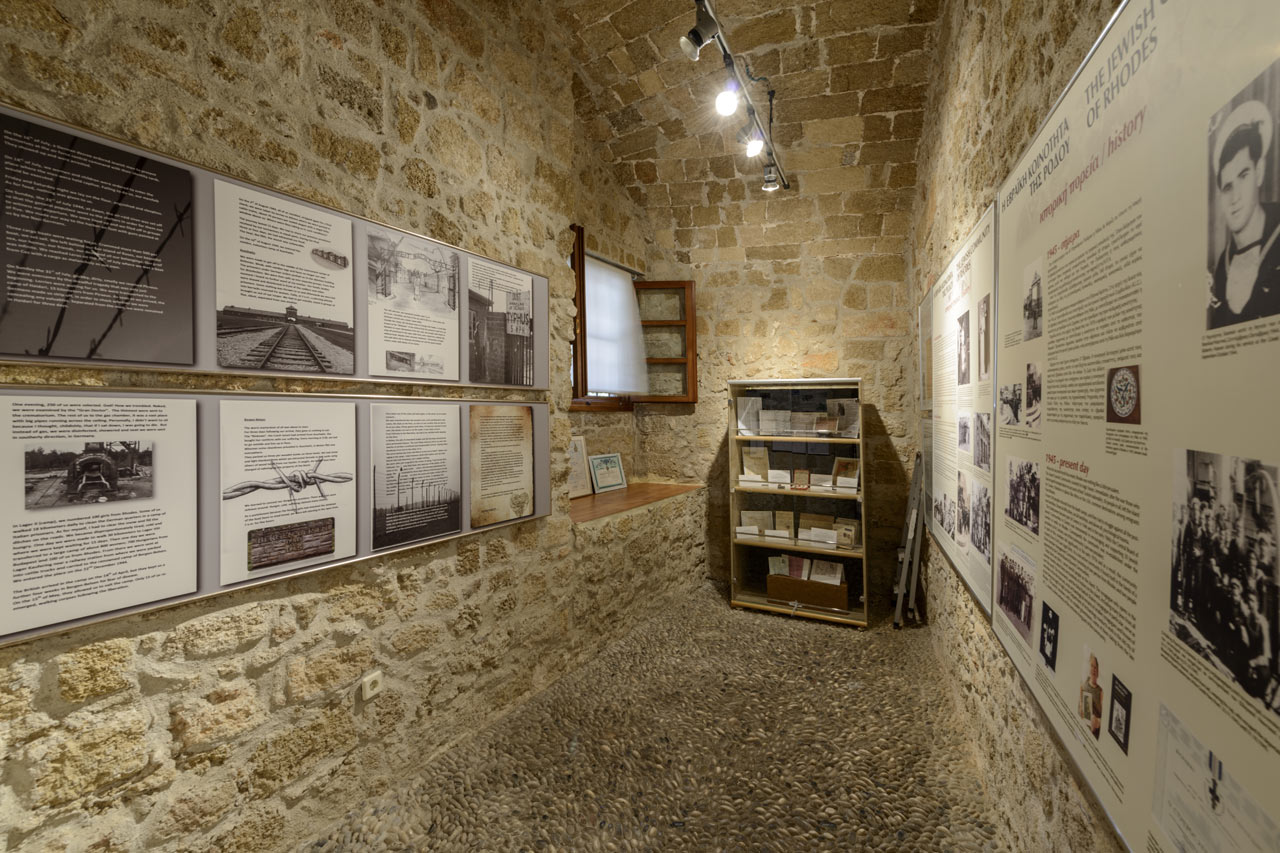 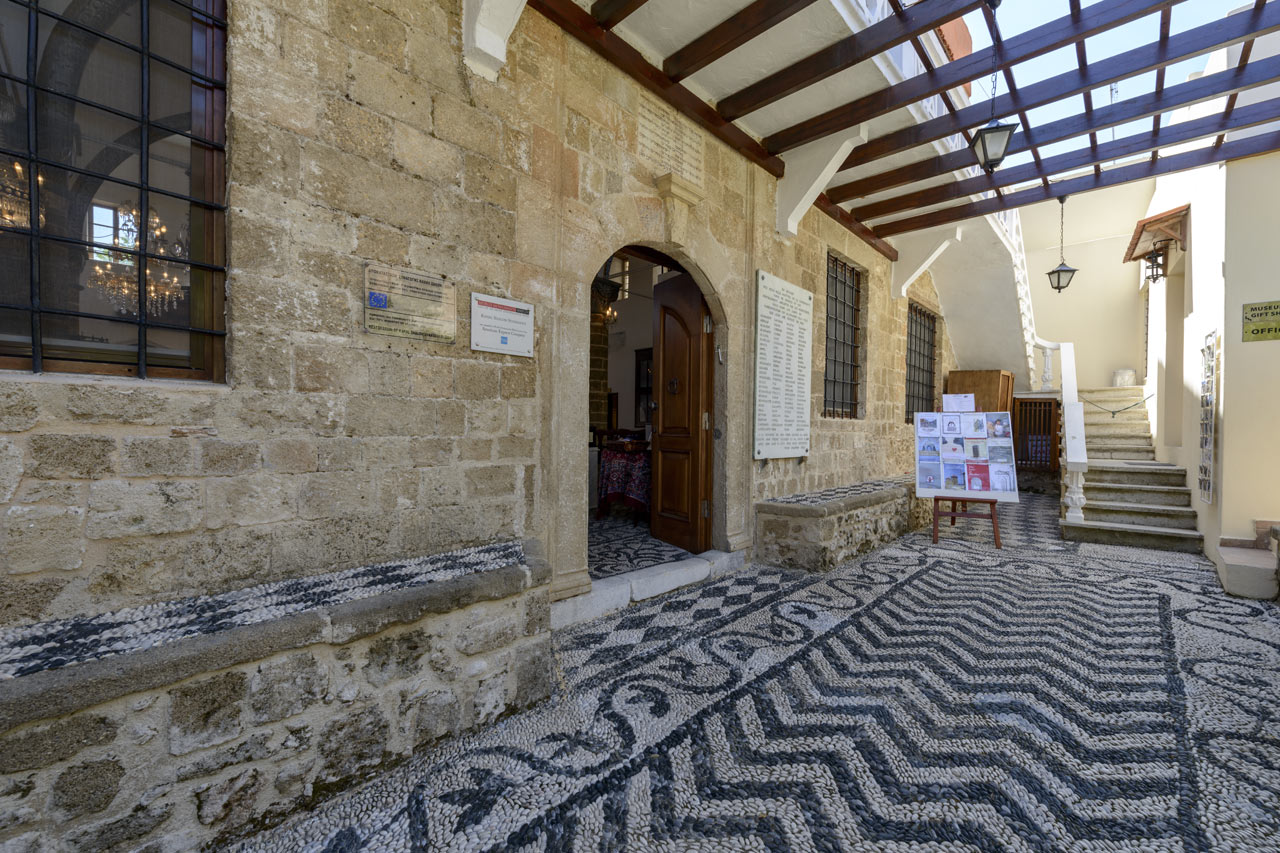 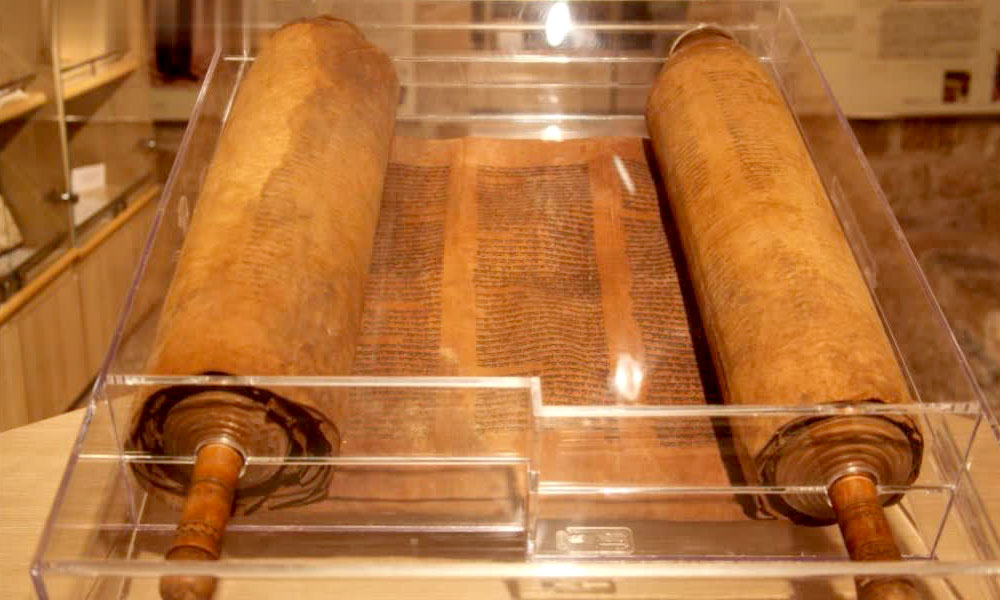 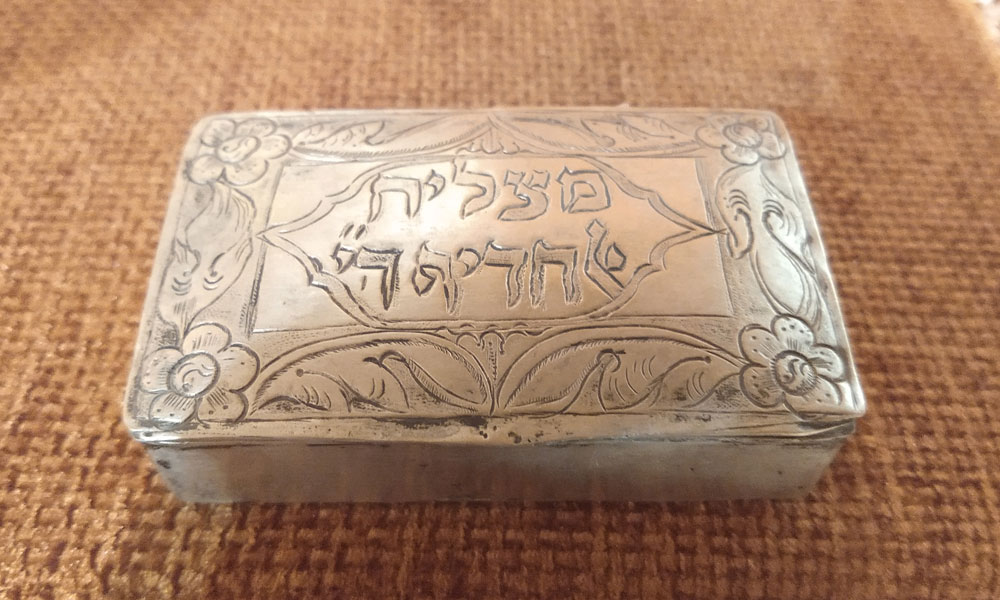 Silver snuffbox made in Rhodes in 1800. Inscribed in Hebrew: “Masliah Alhadeff” Hand made on the island of Rhodes in 1862. This “megillah” was used for the Purim holiday in Rhodes. 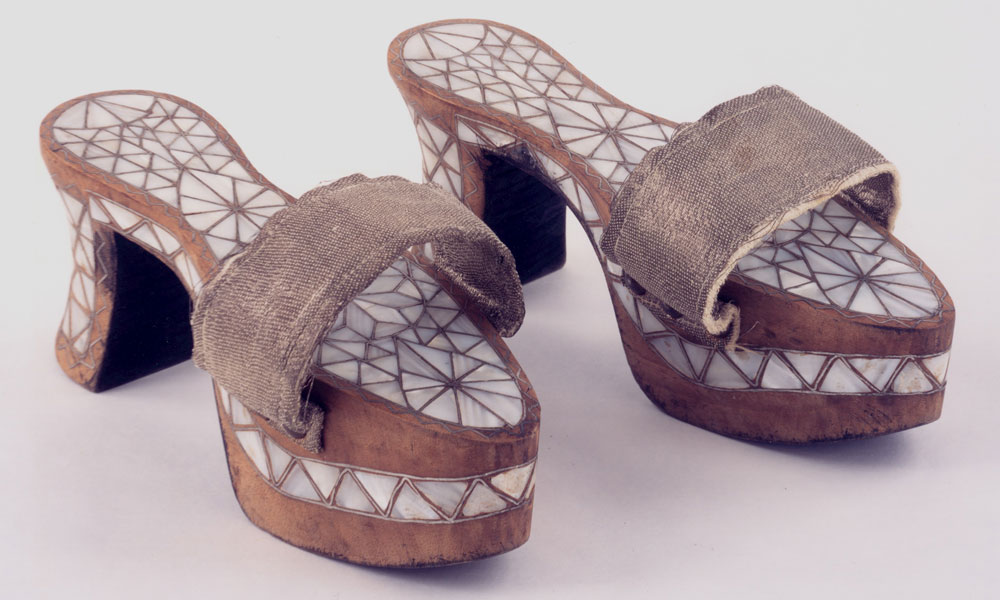 Mikveh Clogs (“Takos”) from the Island of Rhodes, circa 1930. They were worn by a new bride at the ceremony of her ritual bath before a wedding. 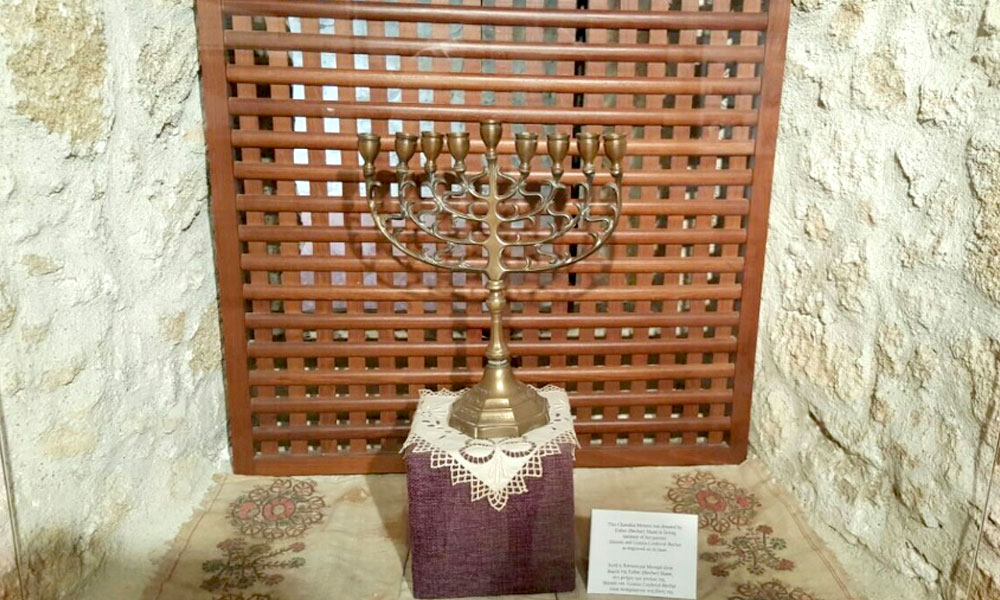 This Hannukah Menorah was donated by Esther Bechar-Shane in memory of her parents Shlomo and Gratzia Gordoval-Bechar. "Cucharera", a silver serving ware, a traditional gift bestowed upon the bride in early 20th century A hand made runner embroidery from the early 1900’s, decorated repeatedly with the word “Yerushalayim” (Jerusalem). The oldest tombstone found so far at the Jewish cemetery of Rhodes, which dates to the year 1593

Use your phone to get access to additional media and information regarding the artefacts of the museum.

Explore photographs that will help you get a better experience.

Enhance your experience with a digital guide accompanying your visit to the museum. Sound and video is included.

Save the artifacts that you are interested in and have them available after you leave the museum.