Before the War, the Jewish Communities of Rhodes and Kos numbered 1,900 members. After the liberation their total population was not more than 200 persons.

On August 6th, 1946, Gabriel Charitos is elected First Mayor of a free Rhodes, after 600 years of occupation.

In memory of his fellow Rhodians, the members of the Jewish Community, he names the central square of “La Juderia” to “Square of Jewish Martyrs”, the unanimous resolution of the then City Council of Rhodes, being the first official recognition of the Holocaust on behalf of a Greek authority.

Gabriel Haritos, as the Mayor of Rhodes, was the local partner for the proceedings for the initial talks between Israel, Egypt and Jordan, under the auspices of United Nations, at the Grande Albergo delle Rose (Hotel of Roses) in Rhodes from January 12 to April 4, 1949.

These meetings resulted to the agreements for the seize of fire on February and April 1949, also defining the borders of the newly founded Jewish state with Egypt and Jordan. These defined borders were active till the Six Days War of 1967.

Today there are a handful of Jews living in Rhodes, who practice their religion in the Synagogue of the Community. However, it is worth mentioning that the Synagogue is also open to the public that visit it because of its great historic and architectural interest. In 2002 the Municipality approved the erection of a Monument of the Victims of the Holocaust in the Jewish Martyrs square, in the place where the Jewish quarter used to be. The Jewish cemetery of the island is still preserved. 1946 photo of the President of the Jewish Community, Elia Soriano, laying a wreath at the fountain in La Juderia in memory of the Jewish victims of the Holocaust. Photo from Elie Jacob Soriano. 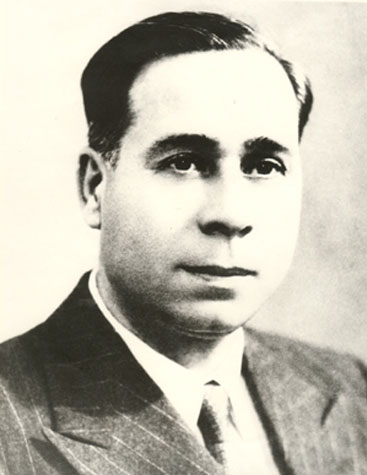